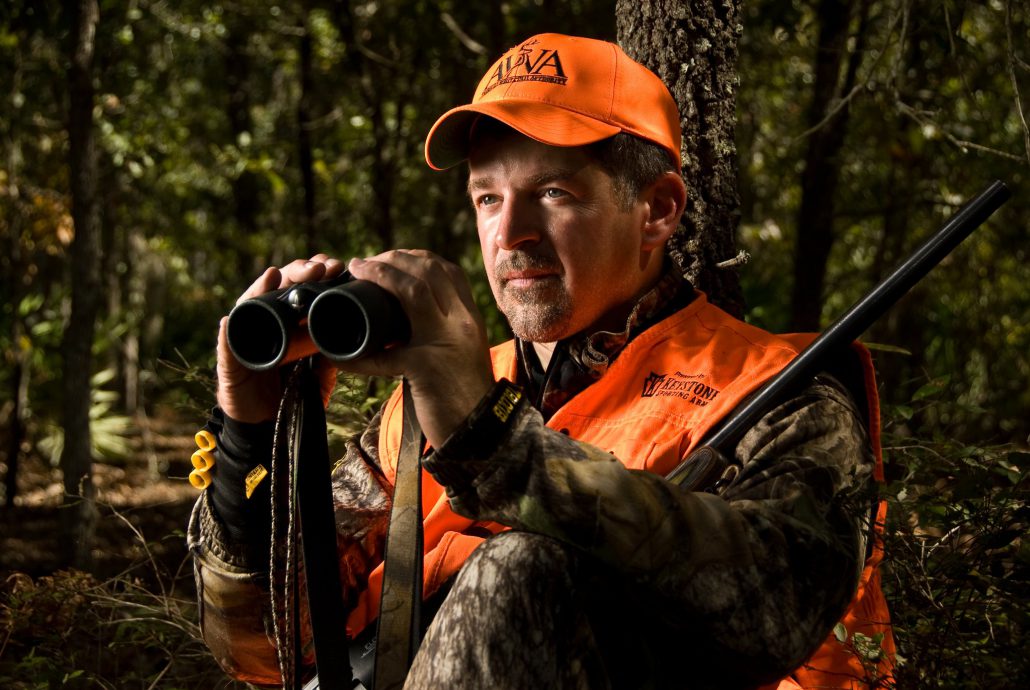 Dennis Moser has hunted predators like pumas, coyotes, mountain lions and wolves. This month, his tracking and hunting skills are featured on the Outdoor Channel. In his day-to-day life, Moser heads The Moser Group, and Indian Trail-based development company. His passion, however, is for the outdoors.

“For me, it’s the passion of the pursuit, not the kill,” Moser said.

Sitting behind his desk wearing a fully buttoned, white shirt with sleeves rolled down and a tight-knotted tie, Moser doesn’t look ready for the hunt. Get him out in the woods, however, and all that changes.

“I like the peace in the woods,” he said. “The sunrises are amazing and the sunsets are unreal.”

Moser has hunted all over the world and said his favorite animals to hunt are natural predators. Last year, he linked up with Bass Pro Shops American Whitetail Authority Pro Series to compete in a brand new type of deer hunting competition. For this competition, which is featured on the Outdoor Channel, hunters don’t actually kill the deer.

Instead, they track the deer and do everything basically the same as any other hunt, but instead of firing a bullet, each hunter shoots blanks.  To determine which hunter performed best, the AWA Pro Series equipped each rifle with a special scope – the Elcan Digital Hunter – which includes a camera. When the hunters get ready to shoot at a deer, they click on the camera which records everything the hunter sees for the next 10 seconds.

When the hunter directs his sights on a deer and pulls the trigger, the video recording shows exactly where the shot would have gone. Each hunter took five shots a day and judges awarded points at the end of each of two rounds to determine the best hunter.

Greg Koch with the American Whitetail Authority pioneered the new competition. Any hunter could get lucky and come across a beautiful deer with a large rack, he said. It took real hunting skill to track five different deer and pull off a perfect shot.

“Our emphasis is off the rack size,” Koch said. “It’s about skill size.”

Competitors received bonus points for a perfect shot and negative points if they did not display the best hunting skills.

For the competition, Koch sought America’s best hunters. He set up at Bass Pro Shops across the nation and simply ask people if they thought they were the best hunters in the country. Then told them to prove it.

He started out with about 2,200 applications and whittled that down to 40 hunters for the show which he broke out into four regions.

Moser heard about the competition from his sister, and admitted he was a little “skeptical” at first.

“She called me about six times in one day,” he said. “But the more I got into it, the more I realized how professional it was.”

Moser headed to Millwood, Ga., for his regional. He did well enough on the first day to make it through to the top five and compete in the second day.

On day two, he finished fourth, but said he might have done better if his camera skills were better. On a few of the shots, he clicked the camera on too soon. Even though he made good shot, he did so after the 10 seconds expired, he said. In those cases, the shot did not count because the recording stopped before Moser pulled the trigger.

That did not upset him, though, he said.

“I had such a great time,” he said. “I met some really neat folks.”

When the competition completed. Moser returned home to his more typical hunting. He hunts and fishes in and around Union and Lancaster counties with his daughters Macenzie, 16, and Lexie, 12. He set up a deer stand with insulation and carpet, so they can talk to each other without scaring away any of the deer. They call the stand the “Eagle’s Nest,” he said.

The competition, and Moser along with it, already garnered national media attention. The New York Times published a story about the competition on Oct. 16 and used a picture of Moser to illustrate it.

“I started getting texts and emails at about eight that morning,” Moser said.

Episodes feature every hunter throughout the series and the shows this week will focus more heavily on Moser, Koch said.

Years Hunting: Several as a kid. Hard the last 10 years, only missed a few days per season the last five years. 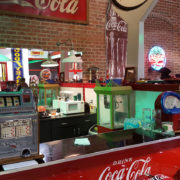 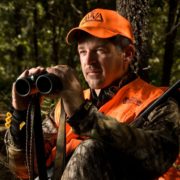 Indian Trail is fastest growing in county
Scroll to top