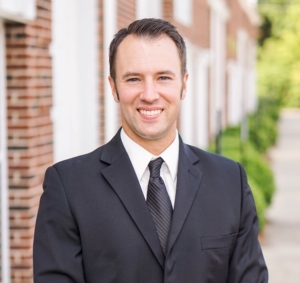 Originally from Hickory, North Carolina, Isaac moved to Charlotte and joined The Moser Group in 2012 after obtaining his real estate license. His responsibilities with The Moser Group include assisting clients with lease negotiations, acquisition and disposition services, investment sales, agency leasing, and site selection. Additionally, he has provided market research and analysis.

Isaac has experience with all types of general commercial real estate including office, retail, land, and industrial properties. He assists clients with both sales and lease transactions.

Isaac holds a B.S. in Construction Management with a concentration in Architectural Technology and Design as well as a Minor in Planning from Appalachian State University. Isaac was a standout baseball player while at ASU, breaking numerous records during his 4 years. He was a member of the Academic All-Conference team, was nominated for the Who’s Who Award and graduated with an Athletic Scholar Ring for obtaining a cumulative GPA of at least 3.0 during his 4 years at ASU. Athletically he was a member of the All-Conference and All-American teams. After his senior year, he was drafted by the New York Yankees where he played in their minor league system. Additionally, he enjoys hunting, teaching baseball (where he runs The Way Baseball camps at ITAA), and has a black belt in Kyokushinkai Karate. Isaac and his wife reside in Indian Trail, NC.